After the success of last year’s art installation on Worthing Beach, ‘The Mirrored Beach Hut,’ this summer ECE Architecture once again paired with branding agency Creative Forager to create an installation that would engage the local community. After days of brainstorming the team hit upon the ‘doorways’ theme and the concept of ‘Doorhenge’ was born.

From conception to completion the project took just 6 weeks, with every member of the ECE team committing to being involved. A dedicated team of 15 members of staff took on the challenge of constructing the doorways, which were assembled over 3 weeks at Northbrook College workshops. The team worked tirelessly 4 days a week, often staying as late as 9pm – lured by the thought of selflessly giving back to their local community – well,  that and the free pizza. But mostly the selfless giving back… 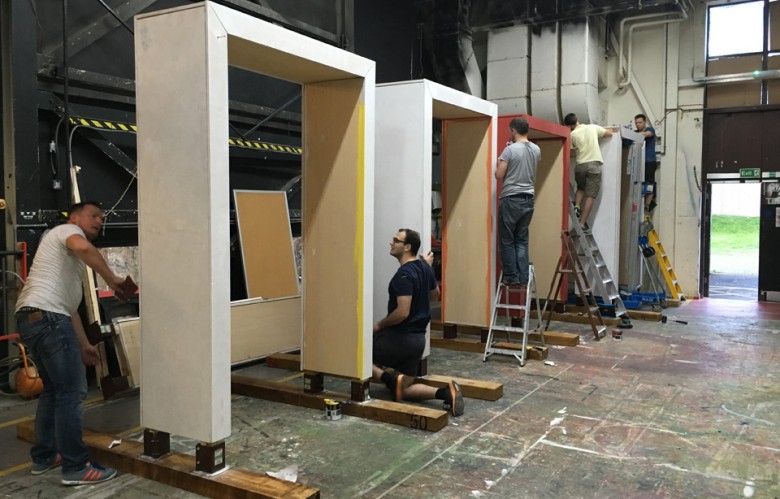 There were many heroic battles faced during the construction of the installation. Most notably the technical issues faced to ensure the doors were safe but also the many ‘paint dropped in hair’ incidents and broken nails that result from this sort of manual labour.

Once the doors were safely constructed the team picked the worst day in June to commence installation and were forced to lay foundations on Worthing Seafront in a raging storm. Undeterred the committed ECE team were back the following morning at 5am to erect the doorways, much to the delight and interest of the general public who were excited to welcome back another ECE installation. 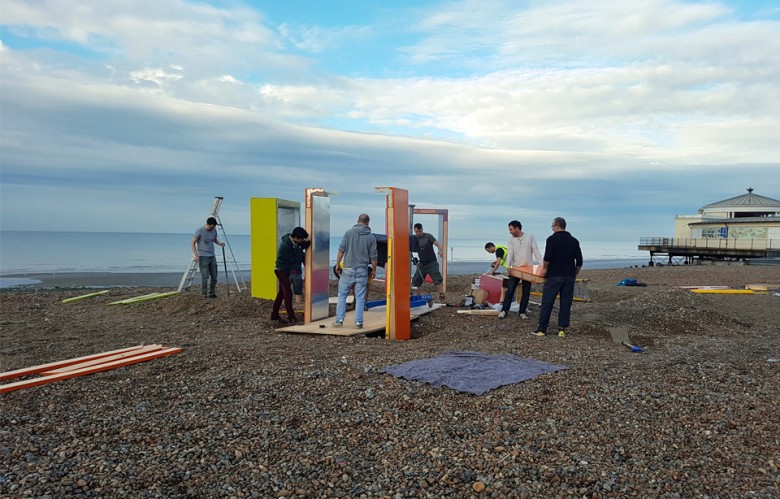 Indeed it wasn’t long before the doorways were christened by the inevitable selfies and one teenager who couldn’t resist the urge to climb aboard! In addition hundreds of professional and amateur photographers took part in our #ECEdoorways twitter and Instagram photo competition in a bid to capture the doorways in the most unique and creative way.

The response to this year’s project has been huge with media attention from The Times, The Telegraph, the BBC and local press. Worthing council agreed that that the installation should be kept up longer than planned; such was the positive response from the public. And it was with great disappointment that the doorways were finally taken down, with a call from many for ECE to create a permanent installation.

The doors are now safely installed in their new homes, after raising over £400 at auction for local charity the Chestnut Tree House. The team are delighted that all their hard work and dedication has resulted in such a great outcome for the local hospice, which they have all had chance to visit personally. It was the perfect way to finish off such a community inspired project.