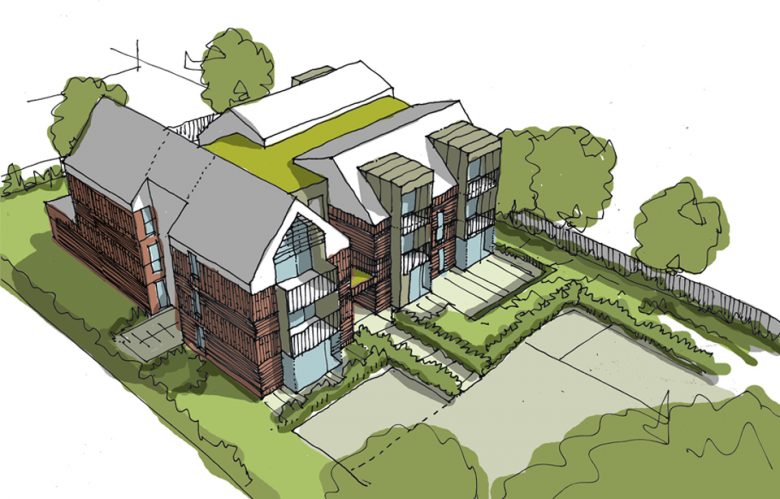 The development comprises nine apartments, including a mix of 1, 2 and 3 bedroom homes. The design approach respects the sites setting in Woodcote, drawing upon the architectural style and materials used in both the neighbouring properties and The Webb Estate. These influences have were used in an interesting and creative way to provide an individual a well-considered residential development of the highest architectural quality.

Focusing on a landscape led approach, the design exploits the existing trees and hedgerows to maintain the street scene appearance with planting increased to boundary edges. These all contribute to the sylvan setting of the proposal.