This new family home has been developed as a simple one to two storey, six-bedroom house. In a rural setting bounded by an edge of mature trees, the house has been conceived as a pavilion building to its site.

Intentionally domestic in scale, the house also incorporates multiple narratives from garden pavilion to courtyard house. The courtyard and garden spaces are composed of glass and stone verandas, which offer a point of orientation within the house and a sense of connection between the inside and out.

The form of this building has been carefully considered to respond to the proportions of the site and brief, while brick and timber has been chosen as the dominant material to create a visual coherence and a feeling of robustness and longevity to the outer perimeter of the dwelling. 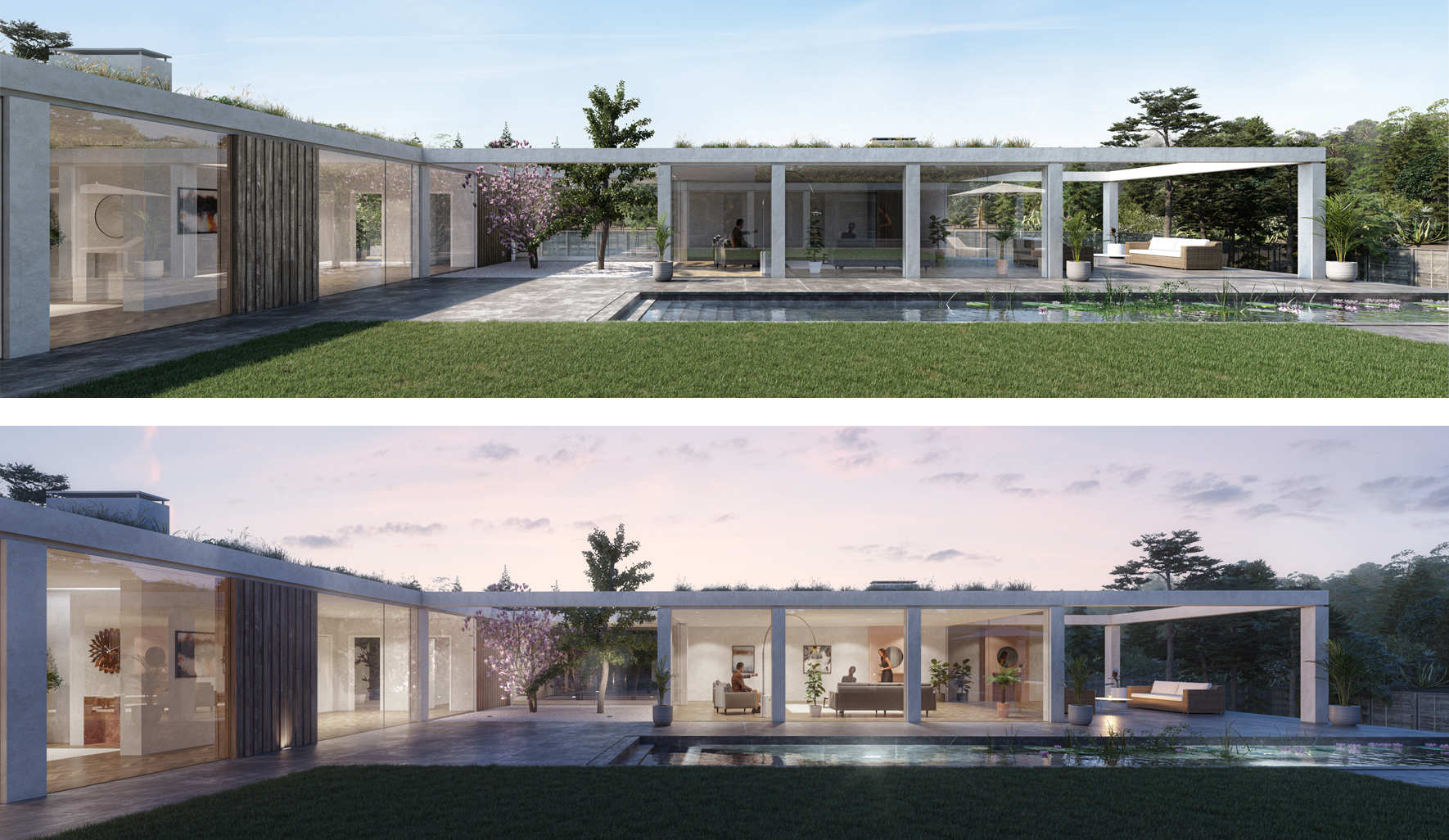 Continuity between the architecture and landscape is fundamental to the design approach and configuration of the form, with glass elevations to the key spaces addressing the courtyard and wider gardens. The manipulation of materiality, light and space aim to root the building to the site while comfortably locating the building in a wider landscape.

Another feature intrinsic to the design will include the house being heated and passively cooled via three deep boreholes along with an MVHR system. The sealed external envelope also has significant thermal mass despite the expanses of glass which are triple glazed. In addition, there are a number of solar panels integrated into the grass roof supplying considerable balance of energy. These fabric choices should result in a highly energy-efficient and comfortable property.