A major uplift to the existing schools’ identity, using a simple but cohesive design language to improve entrances and circulation while adding a form of entry.

This complex arrangement of existing spaces was further complicated as the School operates as separate infant and junior schools, requiring duplicate spaces and overlapping uses to optimise efficiencies.  Considerable consultations took place throughout the design development, with multiple stakeholders from both schools needing to work in collaboration to achieve a common goal of a cohesive school that is able to operate separately. 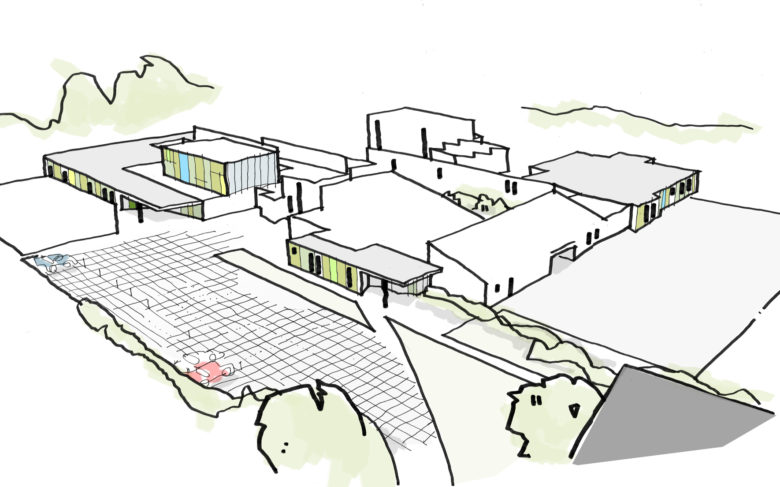 The design included additional play areas for Reception and Key Stages 1 and 2, each having direct access from the building itself.  Additional staff parking, games courts, cycle and bin storage were also added to match the increase in pupil and staff numbers.

The landscape proposal supports the enlarged schools by creating more generous pedestrian arrival areas, signalling a clear pedestrian preference with the types of pavement used, forming interesting and varied play areas for the children, using planting to strengthen the site boundary and create a sense of enclosure, and also to screen parking areas to the street.  Extended canopies provide shelter for waiting parents for both Reception and the adjoining Children’s Centre and form a focal point for the entrance to the Infants School.